Also known as Vishwakarma Day or Vishwakarma Jayanti, Vishwakarma Puja is devoted to Lord Vishwakarma, the divine architect and a Hindu deity. He is known as the creator of the world, or “Swayambhu”. He is known to build the holy Dwarka city ruled by Lord Krishna, Pandava’s Maya Sabha and several amazing weapons for gods. He was also the divine carpenter mentioned in Rig Veda, along with Sthapatya Veda, the science of architecture and mechanics.

Generally, Vishwakarma Day is celebrated in September or October in states like Karnataka, Uttar Pradesh, West Bengal, Assam, Jharkhand, Bihar, Tripura and Odisha. The festival is celebrated especially in industrial areas and factories, and on shop floor. The day of celebration is known not just by architectural and engineering community, but also by craftsmen, artisans, smiths, mechanics, welders, factory workers and industrial workers.

They pray for safe working conditions, better future and successes in their fields. Workers pray for smooth functioning of their machines. It is known for craftsmen who worship their tools and avoid using these tools while doing it. Businesses also worship modern electronic servers to pray for their smooth functioning. Pictures and statues of Lord Vishwakarma are installed in every factory and workplace. All the workers perform the reverence at a common place. The day is also celebrated after Diwali in the month of October to November, along with Govardhan Puja.

Vishwakarma is regarded as the divine draftsman, architect and engineer who created the universe. He is worshipped by both professionals and engineering community. In the workshops and offices, the staff worships their tools and equipments used in their work. All the artists, craftsmen, weavers, and industrial houses celebrate this festival in the month of September. According to Hindu mythology, he created the whole universe, earth and heaven. He is known for creating weapons used in mythological world, including ‘Vajra’, the sacred weapon of Lord Indra. Vajra was made from Sage Dadhichi’s bones. He is known for having excellence and quality in craftsmanship.

Why is Vishwakarma Day Worshipped?

In the earliest days, Vishwakarma was used to be another name of Brahma. The story behind the universe was indeed being created away from the navel mirrors of Lord Vishwakarma which shows that Brahma was creating the universe. Later on, the name was used to credit other gods too.

Vishwakarma has been considered as a divine architect only in the Puranas which come later in Hindu chronology. He is known for building the Heaven (Swarga), then the city of Gold – Lanka, which ruled by Ravana and diminished by Hanuman, and the city of Dwarka, ruled by Lord Krishna. All the architects, artisans and engineers worship him as the deity of their craft and trade. There is hardly any factory in the country which doesn’t have Vishwakarma’s photo. The welders, mechanics and others in same trade also worship him. They pray for smooth functioning of their smoother working and tools. On this day, people also fly the kites in several parts of the country. 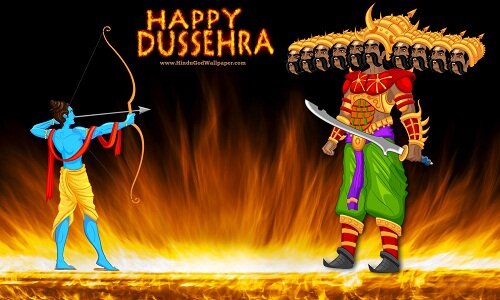